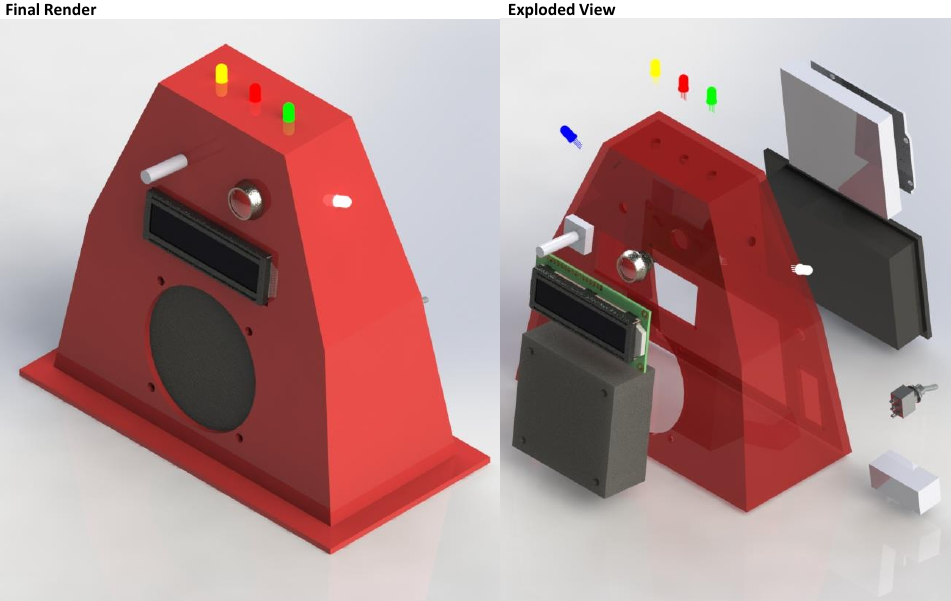 Above: A CAD render of what the thing was supposed to look like, if everything had gone according to plan, and an exploded view (with most of the components modeled as opaque blocks for simplicity).

What was this for?

The WJEC Systems & Control GCSE (the old syllabus, for examination in Summer 2018). One component of that was the Controlled Assessment Task (CAT), where you had to produce both a stack of paperwork relating to your designing process, and an actual finished product that fulfilled a design brief. In my case, my design brief was “[to] design and make a product for people aged 60+ that notifies them when a sound greater than a user-configurable amplitude is detected”.

The product essentially consisted of a TFT display and rotary encoder used to configure the thing, a microphone module used to detect sound, and 5 individually-addressable RGB LEDs used to blink and flash whenever a sound was detected, along with a loudspeaker for amplifying the sound. As it said in the brief, you could configure the sensitivity via an on-screen menu system, and it would flash the lights and produce a tone every time it heard a sound greater than the set threshold level.

The casing was made out of vacuum-formed high-impact polystyrene (HIPS), which ended up being a bad idea - it was very thin and snapped easily, making it hard to mount the components inside properly. As such, the end result ended up being held together with a mixture of scotch tape, electrical tape, and hope.

What components were used?

What problems were encountered along the way? 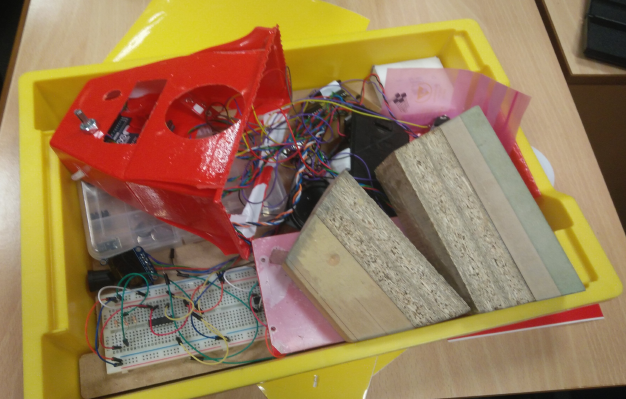 Above: Various pieces of the project in various states of disarray. You can see the red vacuum-formed case, along with the MDF (wood) mould used to make it, as well as some various pieces of haphazard electronics.

What mark did it get?

66 out of 90 (73%), probably because a surprising number of the marks ended up being for the quality of casing design, with a meagre 10 marks for the actual functionality.

It was still pretty fun to make, even though it didn’t perform that well in the end!

The projects were eventually returned after marking – with the Arduinos inside them removed, as those proved to be expensive. I wasn’t about to pay for another Arduino, and I had a Maple Mini lying around (which, via the stm32duino project, could be made to run Arduino code, despite being 3.3V logic-level instead of 5V). So, the electronics were removed from the casing and revived (albeit with a new screen, and some buttons instead of the rotary encoder): 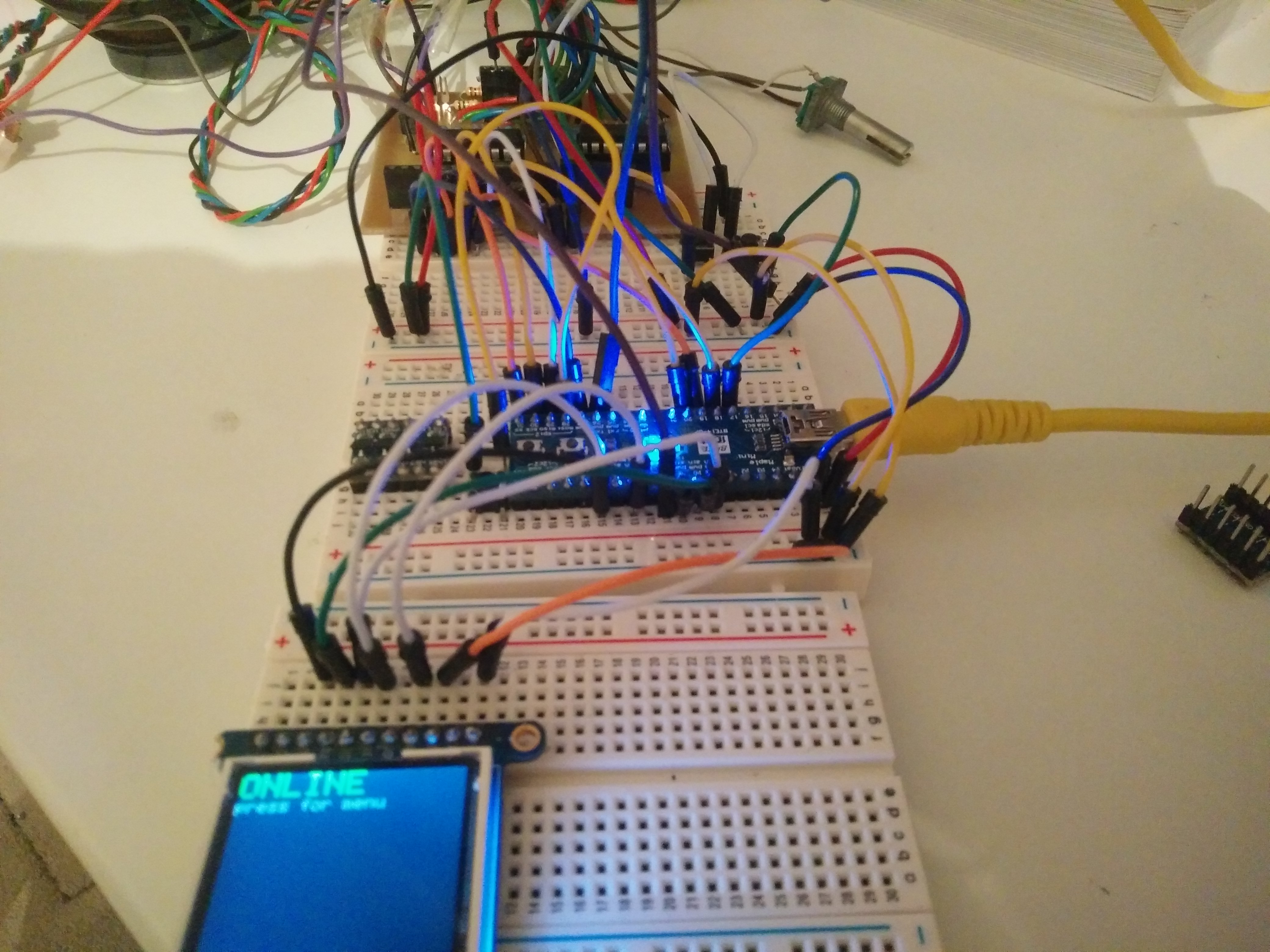 Above, from top to bottom: The old PCB with its pins slightly bent to allow connection to a breadboard (instead of an Arduino Uno); a Maple Mini, connected to a computer for power; an Adafruit TFT, used for the new display.

Here’s the original version (as used in the real thing, more or less): code_original.ino

…and here’s the version for the Maple Mini: code_maplemini.ino

It’s mainly intended to be looked at, not to be used (I don’t think anyone apart from me would want to…). The show_menu() function is at least a bit interesting - it handles displaying a fancy menu that the user can scroll through with the rotary encoder.